In this part, we will combine various camera design methods using Cinemachine.
First, we will create a basic camera the follows our character. Next, we will create control zones that change camera properties like zoom when the character is inside it. After that, we will add a track and a dolly camera. And last, we will configure the camera to follow two or more characters.

Let’s start by downloading the Cinemachine package – it’s an excellent extension for Unity that provides us with outstanding AAA like camera controls.
In the menu bar, go to Window > Package Manager. Wait a few moments for the list to update, find Cinemachine, and click the install button.

After the installation, we have a new menu with predefined Cinemachine objects.

With Cinemachine, we only use one Camera, and instead of modifying its state directly, we use multiple virtual cameras and transition between them.

We can now play the game and have the camera follow after a character. But we can leverage Cinemachine to have a smoother feeling movement:

Let’s run the game to see the changes we made in action.

There is one thing we need to do before we start coding the script. Go to the Character object and set its tag to Player – we will use it in the script soon.

Next, let’s create our camera control zones. These are zones that while the character is inside them, transition to another virtual camera that better suites the zone’s environment or gameplay purpose.
Create a new MonoBehaviour script and call it CamZone.

The script is ready, we can now create Camera Control Zones with it.

The gate camera will activate as the character goes near the gate, we still want it to track the character, but it should zoom in.

We can now run the game and see how the camera transitions between the virtual cameras as we approach the gate and move away from it.
Notice that we still have a single camera, it’s just the active virtual camera that changes – we can see in the scene view how it works behind the scenes.

One thing we can change before we move on is the transition duration between the virtual cameras. Select the Main Camera GameObject, and in the Inspector, go to the CinemachineBrain component. Change the default blend to 1.2 seconds.

Let’s add a zoom out zone:

We can run the game and see that when we reach the end, the camera zooms out.

Now, let’s do something else.
Instead of changing the camera’s distance, let’s set a zone where the camera is static and doesn’t follow the character.

Position the camera as you wish and run the game. Now, when we start the game, we will have a static camera that only starts following the character once we exit the CamZone we created.

To create a dolly cam, first, duplicate one of the cam zones, and name it CamZone Dolly. Adjust the trigger to contain the whole dolly zone.

Last for the camera, make sure Aim is set to Do Nothing. 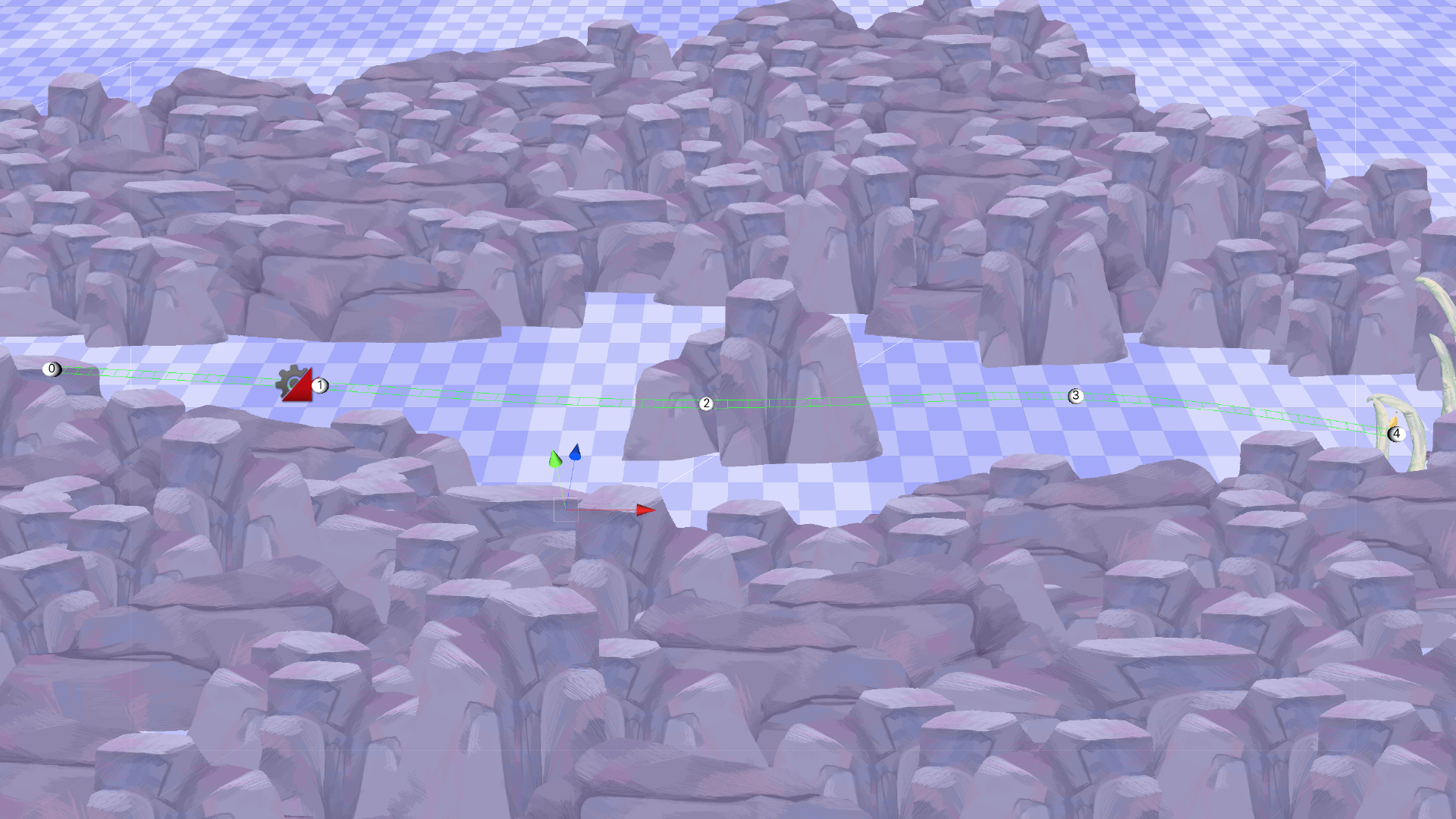 Go to the track object, and set the path you desire, you can add as many waypoints you need. Run the game, we now have a dolly following our character. The advantage we have with a dolly is that we can control some near-camera objects for a parallax effect that works great with this style.

Tracking multiple players instead of one is not much different then what we have done until this point. It requires a target group to follow and a distance range instead of a static distance. To add a target group, go to the Cinemachine menu, and select Create Target Group Camera. In the targets, drag all the characters and set an appropriate radius depending on the size of the characters. The virtual camera is already set with the target group as the Follow Target. A difference to note is that we no longer have a static distance, we instead define a distance range for the camera.

If you want to download the project we have created, you can get the Unity project from GitHub.